What happens when IT system is hacked?

IT system also known as information technology system is a wholesome of various computing devices that are used to transmit, share, store and distribute information. IT system is composed of various hardware, software, and peripheral devices. These devices are interconnected with each other to save, share, and distribute information. These devices include computers, laptops, tablets, mobile phones and other smart devices at user end, whereas switches, routers, and access points at network level to connect different user devices. When it comes to the storage of information and sharing of stored information, the databases and servers are used to park, shared, and store information. These servers are when connected with each other along with other storage devices for the storage and sharing of large information forms a setup. That setup is installed in a place with proper ventilation and cooling system known as Data Center . Now the question is:

IT system is basically a platform for sharing, processing, and storing of information. In this system, there are two main key players – client computer and the server. The client computer is the one that access and share information with server via network. Whereas server process the information and send it back to the client computer. Two common types of networks are intranet and internet. Intranet is inhouse network, or in simple words, it is a private network that is used to connect user devices with each other in a limited are but not with other computing devices out of network access. Intranet is used within organizations for collaboration and sharing of information thus by restricting access to the outsiders. On the other hand, the internet is a kind of network that enables the user to get and share information anywhere in the world. The information accessed or shared through the internet sometimes get into the wrong hands, and because of which, user computing devices like computer, laptops, mobile phones etcetera get hacked. The question arises here:

How any IT system gets hacked?

It has been observed that systems or networks usually get hacked when a user click the link provided in the phishing email through his/her computing device, which initiates malicious software activities into the network or through outdated operating system that has missing software patches. It is also observed that Drive-by downloads offered by some spoofed websites and various social engineering techniques, like scam phone calls from fake IT support engineer, may lead to the hacking of IT system too. In short, these all causes activate some sort of malware, which help the hackers to get an access to data. But here’s the question:

What are the signs of hacked IT system?

There are 15 most common signs observed in a hacked IT system, and those are:

These are all the signs of hacked IT system. The point here is then…

What happens when an IT system is hacked?

When an IT system gets hacked, the business operations are badly affected. They are even discontinued for almost a month or two on average due to complete restoration of IT system, but when it comes to the restoration of reputation, it takes even longer than a month. Usually, when any IT system gets hacked, the data is also breached which is also commonly referred as data breach. As a result of which, the affected business is penalized by the regularity authorities regardless of their size because regularity authorities consider it a crime of affected as it has failed to secure its clientele data. The most popular and recent common cases of data breach across the globe are Equifax (2017), British Airways (2018), Capital One (2019), Google (2020), Morgan Stanley (2022), and their settlement are done on $575 million, $230 million, $190 million, $7.5 million, and $120 million respectively. That’s not all, the hacker can also:

You might be thinking, how any business can protect itself from data breach, heavy penalties, business discontinuity, and reputation compromise? The answer is simple, every business, regardless of its size, must keep dedicated cyber teams or IT outsourcing company at standby, who incase of any security breach takes place would be able to handle the situation timely, and protect the business from any adverse effect like data loss, business discontinuity, heavy penalties, and reputation compromise. Additionally, businesses should also have Disaster recovery plan, Recovery time Objectives (RTO), Several backups and Redundancies in place, so that when a malicious activity took place, it will be tackled within few hours. According to IBM, it takes 197 days to only identify the breach of system, and if this time increases the loss of businesses also increases.

Voltek, being an IT outsourcing company, has a special team of dedicated cyber-security specialist, who are always on toes to protect the system of clients from any cyber-attack, and even from any unusual activity. Voltek also has advance security technologies, proper system for regular audits and assessments of security vulnerabilities and participation in threat information sharing program. If you are interested to know more about system breach and its impact, you can contact one of the members of our technical team at hello@voltekit.com. 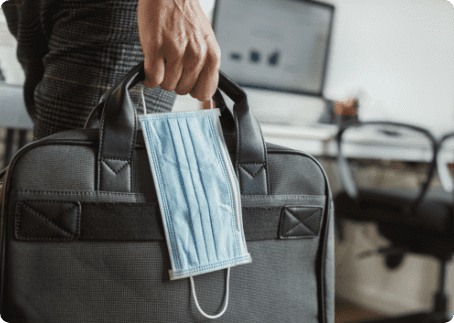