Whenever there is a word threat, the word alert comes automatically in mind. Yes, threat alarms about the coming danger so there is the need to be alert to cope with any coming danger. When it comes to cybersecurity threats, it means cyberattack is wandering around your computing system if not in. The intensity of danger associated with this threat might be limited, but its impact can be disastrous. Yes, disastrous! Disastrous in a way that it makes guardian of computing system a victim. Let’s see how?

Cybersecurity is a set of processes that protects IT system from any cyber-attack, whereas cybersecurity threat is a malicious action that is performed to sneak in databases to get data and even sometimes, to harm business by disrupting their operations. So, these two terms should not be confused with each other as one is savior and other is inflicting harm. The harm of cybersecurity threat can be visualized with the 2021 report of World Economic Forum Global Risks. According to this report, cybercrime has become a severe risk to governments, businesses, and individuals as the number of cyber attacks reported between January to June this year has dramatically increased from 35,000 (whole last year reports) to 41,000. Moreover, $11.4 million worth of economy is damaged every minute due to cyberattack as identified by Risk IQ. There can be many reasons behind the intention of cybercriminal, and mostly they are intended to spread disinformation about the targeted business, or to steal data and even at times to disrupt business operations. Instead, when it comes to cybersecurity threats, there are six common cybersecurity threats and those are:

Malware refers to a hostile program. It can be a file that is designed to exploit any device at the cost of the user and to benefit the attacker. There could be various types of malwares, but interestingly, they all use evasion techniques.  Their basic aim is to fool users, but it can also evade security controls. There are some common types of malwares:

Currently, the most threatening form of malware is considered ransomware — a program which is designed to encrypt a victim’s files and then ultimately demand a huge ransom to obtain the correct decryption key. In only 2020, four huge businesses have become the victim of ransomware named Clop. Those businesses are biopharmaceutical firm ExecuPharm, Indian business group Indiabulls, the U.K.’s EV Cargo Logistics, and Germany’s Software AG.

Trojan horse is a program that is installed on a computer, and it could be harmless, but it is always proved malicious. This malware is considered hidden and present in an innocent-looking email. As the main user clicks on the email attachment, the hidden malware is transferred to the user’s computing device.

Spyware monitors the victim’s internet activity, and tracks login credentials. The basic goal is usually to get credit card numbers and passwords, which are sent back to the attacker.

A distributed denial-of-service (DDoS) attack is considered an attack in which multiple compromised computer systems are simultaneously targeted, such as a server, website, or other network resource. The flood of messages and malformed packets to the target system forces it to slow down or even crash and shut down, thus denying service to the legitimate users. About 4.8 million DDoS attacks have been reported only in the first half of 2022.

A phishing attack is a kind of fraud in which an attacker attacks the reputable entity such as bank and tax department. It is easy to launch, and surprisingly this cybercrime technique is always successful. Spear phishing attacks targets specific individual or set of individuals. One of its categories is whaling attacks which is very popular as it targets senior executives’ data and credentials only within an organization.  In 2019, FBI cybercrime report has indicated that losses from BEC attacks were approximately $1.7 billion.

Any website that is database-driven is always susceptible to SQL attacks. In SQL injection or SQLI, hacker makes use of malicious SQL query to input data. As a result of which, he/she will get an access to the data that was not intended to be displayed if his/her injected malicious SQL query is validated by the targeted system. You might be thinking, what is an SQL query?

An SQL query is a request through which data can be modified or deleted and even new data can be stored in the databases. Additionally, SQL query can be used to read and extract data such as intellectual property, personal information of customers, and private business details from databases. It has been reported in 2021 that almost 8.3 million users’ emails and password hashes has been stolen in the year 2021 alone.

In this attack, attacker injects data, like malicious script, in a shape of content that is from other trusted websites. Cross-site scripting (XSS) attacks always occurs when untrusted sources are allowed to inject their own code into a web application. This allows an attacker to execute malicious scripts written in different languages, such as JavaScript, Java, Ajax, Flash, and HTML. XSS always enables an attacker to steal the session cookies, but it can also be used to spread malware, deface websites, and creates havoc in conjunction with social engineering techniques. XSS has been a constant attack vector used by hackers.

A botnet consists of a collection of internet-connected computers or devices that can be infected and controlled by cyber criminals. Cybercriminals often use them to send spam emails, or even to engage target user/users in fraud campaigns. The aim of creating a botnet is to infect as many connected devices as possible. IoT botnet is considered one of the growing threats, according to a report by Nozomi Networks Labs. As most of the email and chat systems are using end-to-end encryption nowadays, so such types of attacks have become less effective. Moreover, companies are also providing VPN to their employees, which has quite controlled such types of attack, but still, they are harmful. 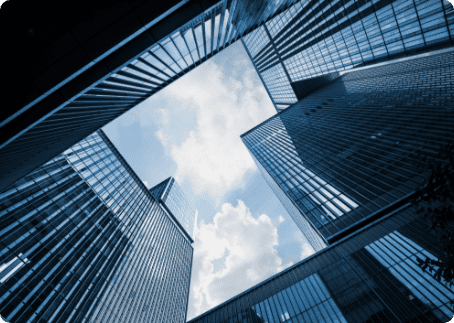